Once a month, we put together a list of stories we’ve been reading: things you might’ve missed or crucial conversations going on around the web. We focus on environmental and social justice, cities, science fiction, current events, and political theory.

We try to include articles that have been published recently but will last, that are relatively light and inspiring, and are from corners of the web that don’t always get the light of day. This will also be a space to keep you up to date with news about what’s happening at Uneven Earth.

The summer has been slow, and we haven’t been publishing much. But the fall promises some exciting new initiatives, so stay in the loop. We received some feedback that our list just has too much good stuff. How to read it all? To address this, we’ll now start highlighting our top 5 must-reads for the month. Skip all the rest if you must, these are worth reading surreptitiously at the office.

This month, we invited Anthony Galluzzo to offer some of his favorite readings. He is an adjunct professor at New York University, specializing in 19th century literature and the history of utopia. 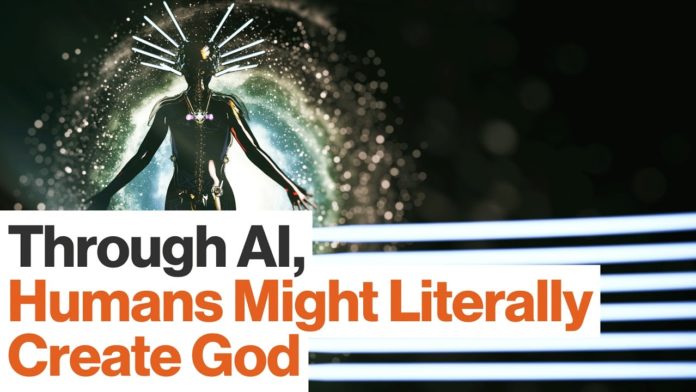 The editors at Uneven Earth asked me to collect those readings that stood out from August 2018. Both my recent work and political convictions focus on potential intersections between Marxism and the degrowth movement in the service of a decelerationist program. This puts me in what feels like a very lonely position these days, when much of the Anglo-American left, from social democratic near to sectarian Marxist far, is once again enamored of Prometheanism of various sorts—accelerationism, fully automated luxury communism, and “left” eco-modernism”—all of which can be subsumed under the rubric of Jetsonism.

Eco-modernism is largely the provenance of techno-utopian libertarians, associated with outfits like the Breakthrough Institute, whose adherents propose large-scale and scientifically dubious technological solutions to the climate crisis, such as geoengineering, the better to safeguard specifically capitalist patterns of ecologically ruinous and exploitative “growth.” Why would self-described socialists and communists push such a thing? We should not underestimate the dangerous marriage of ossified dogma—regarding the development of the forces of production—and puerile sci-fi fantasy—about weather control and terraforming Mars and building Star Trek—that we often find among many of today’s extremely online toy Bolsheviks.

Arctic fire. Richard Seymour offers a moving and powerful rejoinder to the ecomodernists, including various flavors of Jetsonian leftists, who minimize the ecological crisis in promoting unlikely technological “solutions” to anthropogenic global warming in lieu of a radical socio-ecological transformation (such as ecosocialist degrowth). These Jetsonians preach “anti-catastrophism” against the “hairshirts” in the midst of an actual catastrophe—all the while dreaming of how they’ll beam themselves up to some fully automated luxury Martian retreat—a socialist one of course! Against this dangerous whiggery, I say: if you aren’t a catastrophist, you aren’t a comrade.

Major plan to deal with climate change by geoengineering the Earth would not work, scientists reveal and Rain dancing 2.0′: should humans be using tech to control the weather? Speaking of “unlikely technological solutions” or schemes designed to protect capital’s growth imperative rather than our dying biosphere, precautionary principle be damned, geo-engineering and the interests that are driving it have come under scrutiny of late.

Also see the enduring nuclear boondoggle, even as various ecomodernist voices on the left are pushing it as THE solution to the energy crisis, once again: Scientists assessed the options for growing nuclear power. They are grim; and an older, but still relevant, piece on this matter: Socialists debate nuclear, 4: A green syndicalist view.

To freeze the Thames and If you want to save the world, veganism isn’t the answer. Troy Vatese offers an alternative model of decarbonization through what he calls “natural geoengineering”: rewilding farm land through a program of “compulsory veganism” in order to effect hemispheric cooling along the lines of the little ice age. But what if veganism, with its reliance on industrial farmed monocrops, such as soy, is part of the problem, as organic farmer Isabella Tree argues?

Artificial saviors. And speaking of Jetsonism, this essay on Silicon Valley solutionism, transhumanism, and techno-utopianism—by radical computer scientist tante—as theology is right on the mark, as is the entire special issue of boundary 2, “On The Digital Turn,” from which it comes.

The belly of the revolution: Agriculture, energy, and the future of communism and Logistics, counterlogistics and the communist prospect. Jasper Bernes’s critical appraisal of (capitalist) logistics and supply chains in Endnotes 3 is one of the more rigorous left communist explorations of the way our megatechnics embed exploitation and the capitalist value form in their very architectures, against those who argue for socialist or eco-socialist “repurposing.” Bernes grapples directly with the ecological crisis—and the central questions of energy and agriculture—in this latest essay, as he marries critical Luddism to ecocommunist critique.

Losing Earth, Capitalism killed our climate momentum, and How not to talk about climate change. Nathan Rich’s informative 70+ page NYT investigative piece “Losing Earth” on the failed attempt to stop climate change on the part of various US government scientists and policy-makers in the late 70s and 80s is just as notable for what it leaves out: the role of capitalism and its growth imperative.

Plastic straws and the coming collapse. In the same way that magical techno-solutions to the ecological crisis are a morbid symptom—weaponized wishful thinking—so too is the ethical consumerism most recently exemplified by the campaign against plastic straws, as Rhyd Wildermuth demonstrates in her piece.

Richard Powers: ‘We’re completely alienated from everything else alive’ and The king of climate fiction makes the Left’s case for geoengineering. At this point, I will take Richard Powers over Kim Stanley Robinson—despite Aurora’s definitive imaginative crystallization of the anti-Promethean position—who, drunk on his more ridiculous techno-fantasies, equates geoengineering and the ecomodernist fantasia with “science.” Powers, on the other hand, implicitly understands that a radically different set of eco-social relations is the only adequate way to begin devising a collective solution to our predicament. 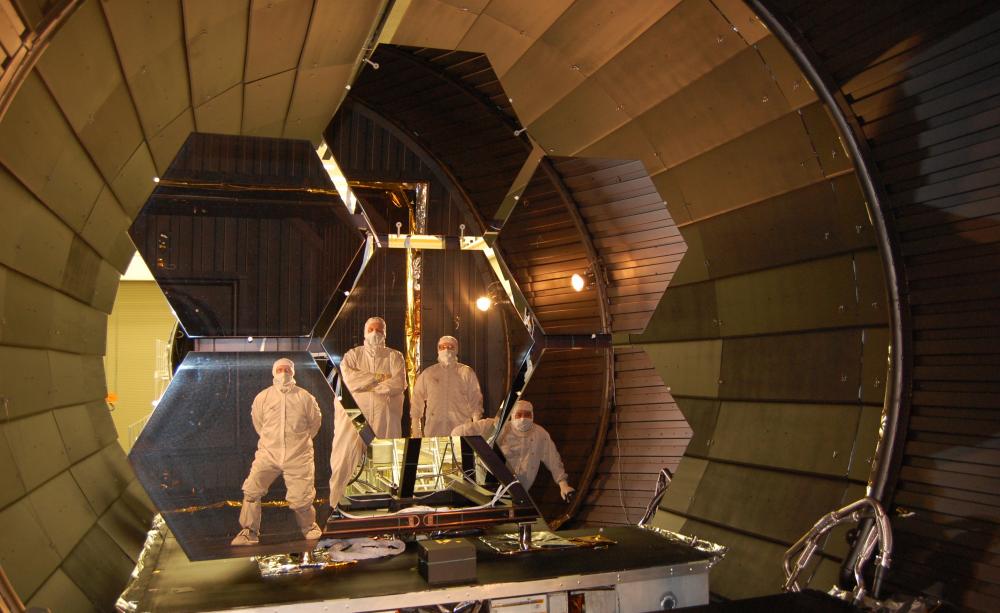 Engineering the climate could cost us the earth, by Gareth Dale. “Do leftist geoengineering fans pray that, in a cunning of chemistry, the molecular forces that bind CO2 will weaken under a socialist order, easing its capture?”

The 2018 flood in Kerala is only a gentle warning. It will not be enough for us to rue the past, writes Arundhati Roy

What happened in the dark: Puerto Rico’s year of fighting for power. 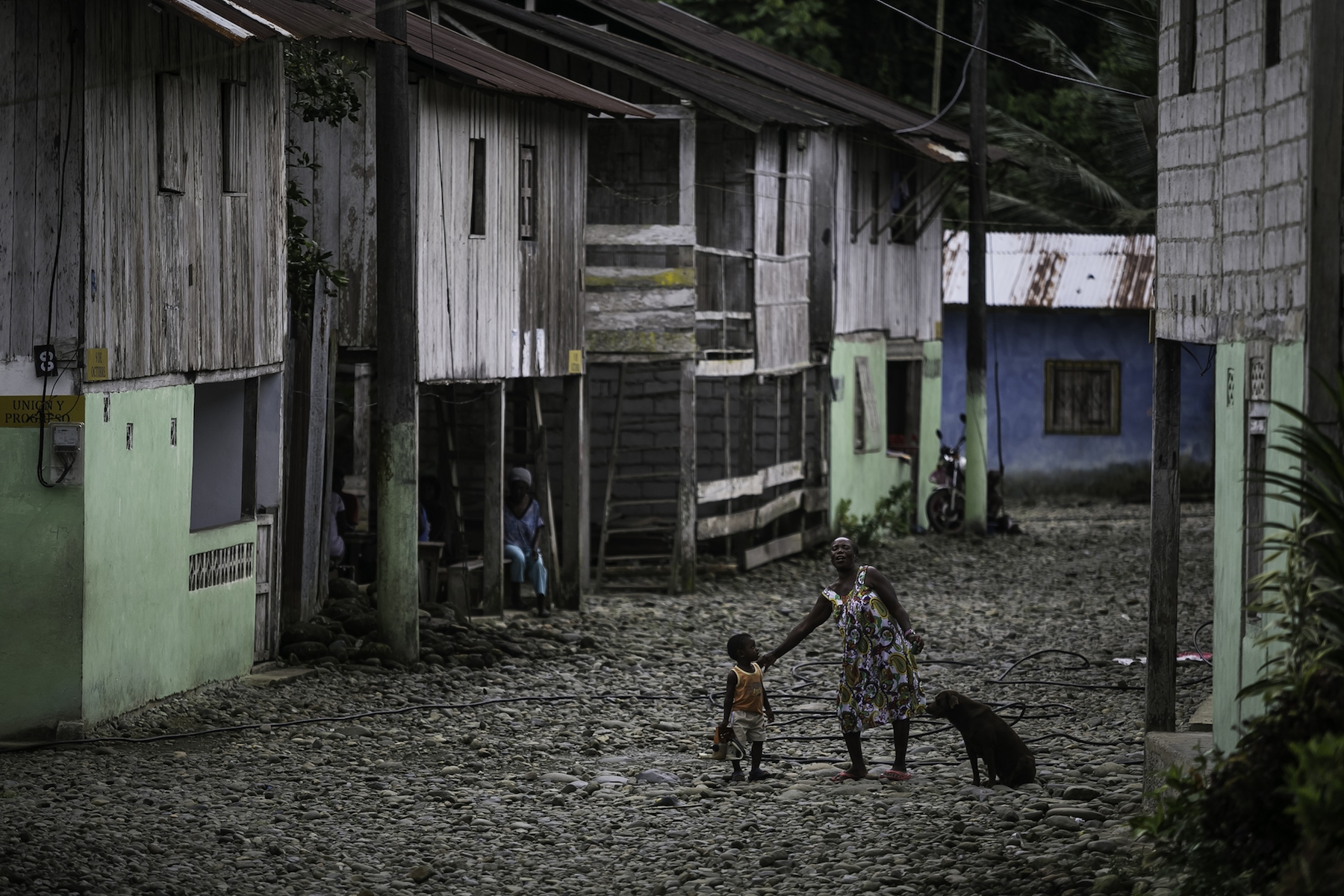 Samir Amin has died. Don’t know who he was? Read Death of a Marxist, by Vijay Prashad and Revolution and the Third World, an interview with Ali Kadri.

Platform Cooperativism Consortium awarded $1 million grant. “We talked to these 2,000 Uber drivers in Cape Town who wanted to drop out and start a platform co-op, we talked with trash pickers in the informal economy in Cairo, Egypt. There is no trash collection there and so through the Coptic Church these people get organized and want to start a platform where people can order trash pick-ups from them, and they would get paid for them.”

Community vs. company: A tiny town in Ecuador battles a palm oil giant 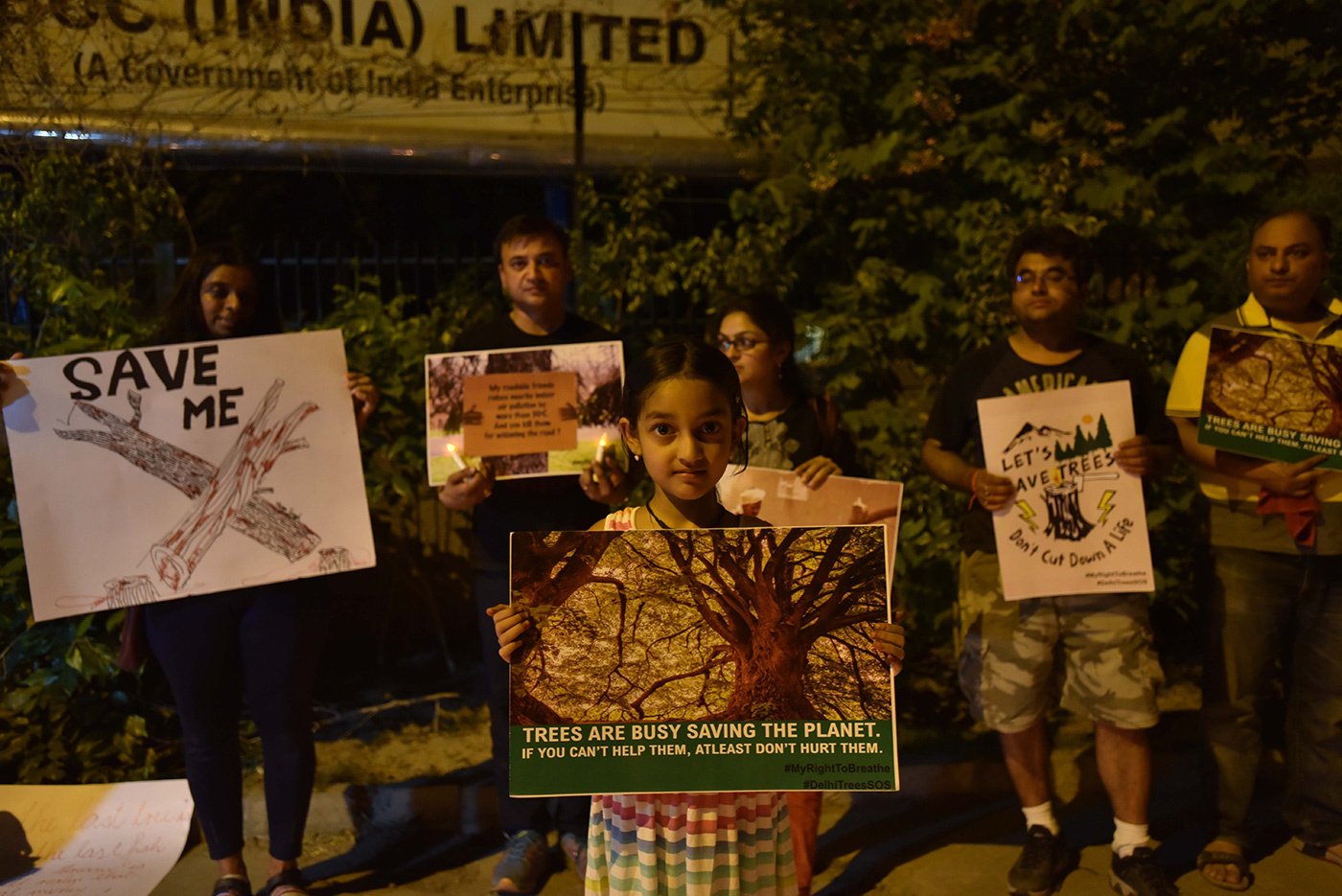 Rojava: frontline of capital’s war on the environment

What has caused the number of US worker co-ops to nearly double?

Should rivers have rights? A growing movement says it’s about time

What is democratic confederalism?

The 1.5 Generation. My generation is radically remaking climate activism. Will it be enough?

“The price on everything is love”: How a Detroit community overcomes a lack of city services. A range of neighbor-to-neighbor efforts address basic needs, from healthcare to food access, that are going unmet by local government agencies.

How do you build a new society, from local places, in the shadow of the old? Symbiosis Collective shows one way

How marginalized communities are getting control over development

Tenant organizing is picking up steam in Rochester

Public land is a feminist issue. Community housing groups across London are putting women and non-binary people at the forefront of their plans for building affordable housing.

A call for socialists to connect the dots between housing, racial, migrant justice, and climate change. 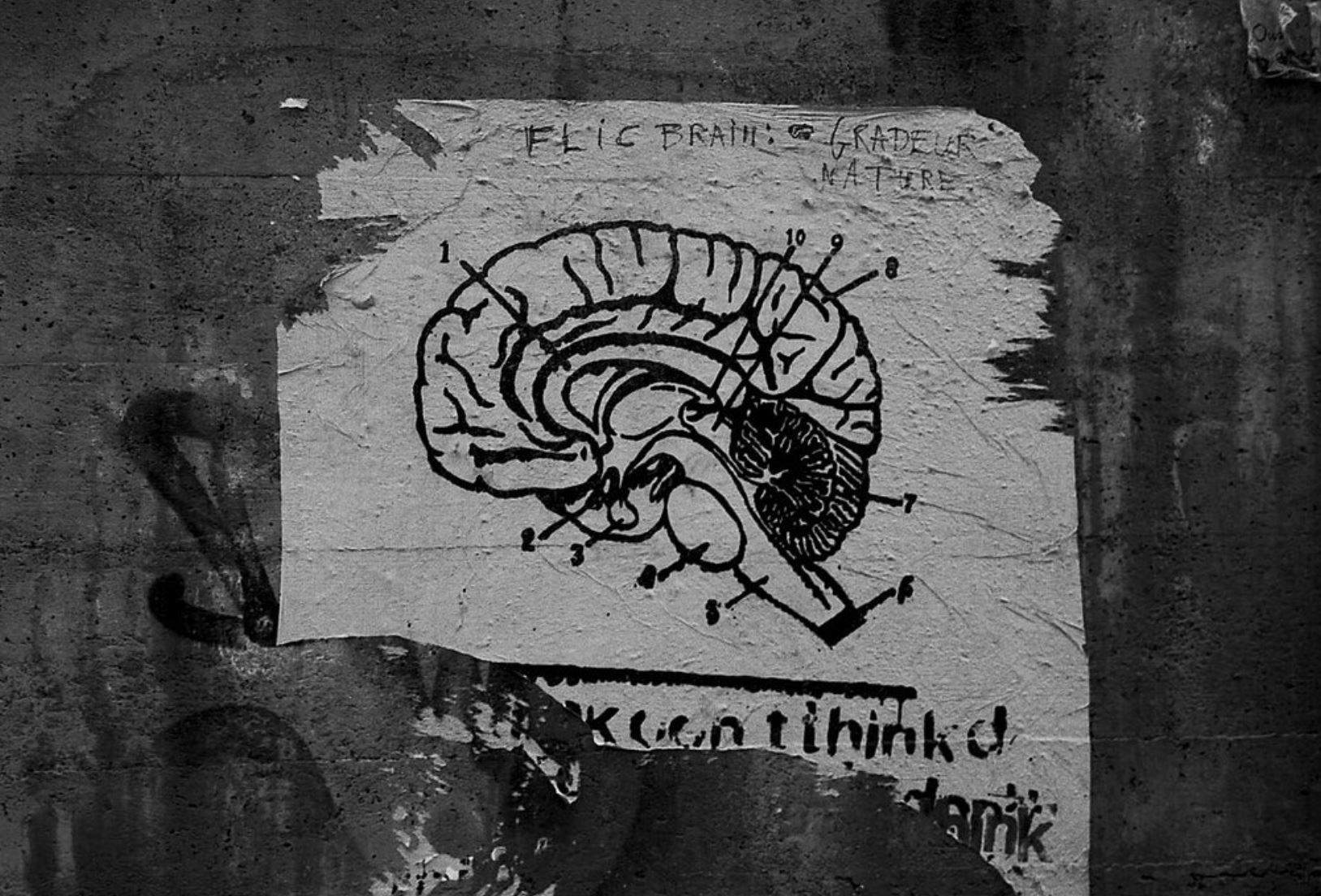 Where we’re at: analysis

The lure of elections: From political power to popular power. “You don’t need the excuse of canvassing for a politician to knock on your neighbor’s door; you don’t need to cast a vote to influence an election; and we don’t need a campaign rally to advance our vision for a better world.”

Medicalizing society. The rise of psychiatry was funded by America’s Gilded Age industrialists. Their aim: to cast society’s ills as problems of individual “mental health.”

Ecomodernism and nuclear power: No solution for climate change. In ‘Energy: A Human History,’ Richard Rhodes trivializes the dangers of nuclear power and plunges into the abyss of ecomodernist technobabble.

Exiting the anthropocene and entering the symbiocene

Who really pulls the strings? The director of Global Witness asks who really is responsible for corruption and extractive industry crimes.

Only radicalism can prevent an irreversible “Hothouse Earth”

What is enough? On waste and sufficiency

A sufficiency vision for an ecologically constrained world.

Human waste is a terrible thing to waste. If major global cities repurposed human waste as crop fertilizer, it could slash fertilizer imports in some countries by more than half.

Almost everything you know about e-waste is wrong

The ugly truth of ugly produce by Phat Beets collective.

Just think about it…

“Deindustrialization”: a word you virtually never hear in the debate around global warming. A call for public discussion of the role of deindustrialization in building an alternative to the catastrophic course of 21st century capitalism.

‘Eco-grief’ over climate change felt by generations of British Columbians

On the labor of animals. The place of animals in relation to left movements.

Bitcoin shows the scale of change needed to stop the climate crisis. The cryptocurrency produces as much CO2 a year as a million transatlantic flights – and that number is set to grow.

Why all fiction should be climate fiction: A conversation with Lauren Groff

How ‘natural geoengineering’ can help slow global warming. By preserving top predators to control populations of herbivores, we can limit grazing, which reduces CO2 absorbed by ecosystems.

The 1680 Pueblo Revolt is about Native Resistance. As Pueblo People, how do we develop a common political consciousness around our unique history and present situation? The first step  is looking at the Pueblo Revolt of 1680 and understanding its significance.

Meet the companies that are trying to profit from global warming

Science alone won’t save the world. People have to do that.

Imagining a world with no bullshit jobs 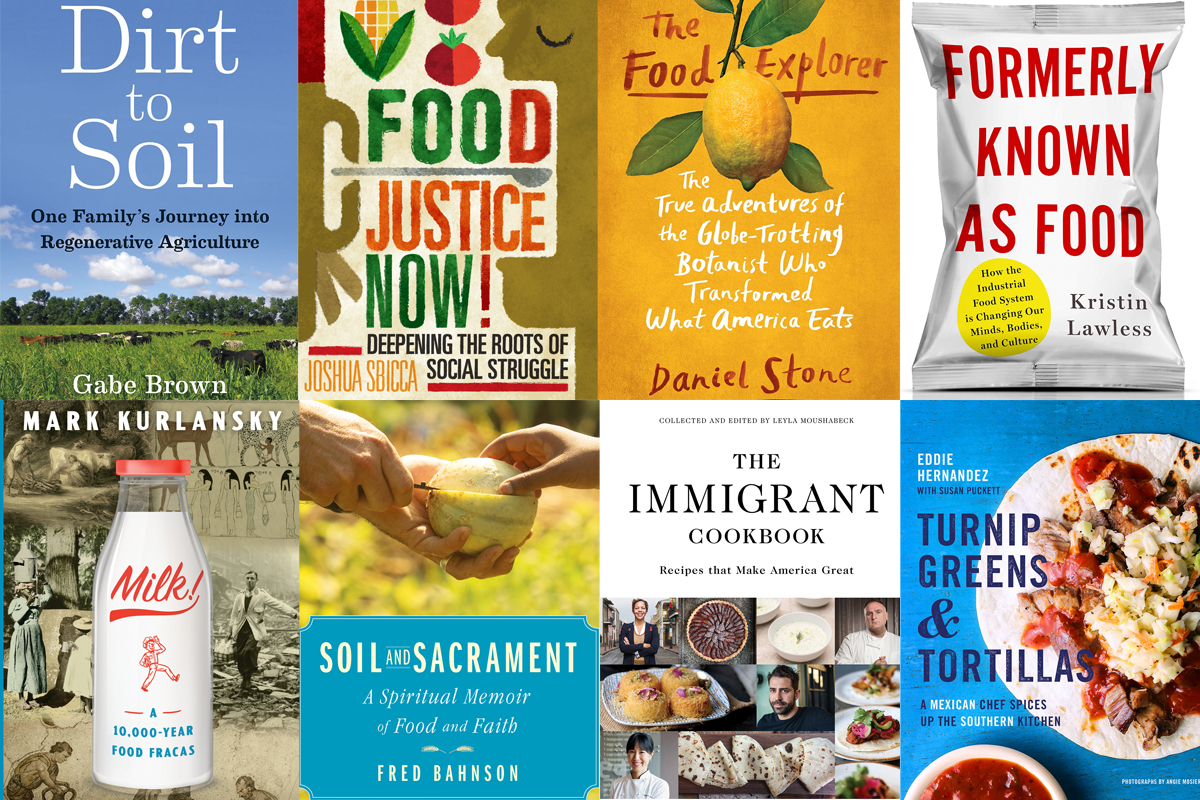 Seaside reads to change the world. 300 reads on topics ranging from social change, individual action, and new economy to women and feminism, collected and compiled by Lucy Feibusch and Kate Raworth.

Want to receive this as a newsletter in your inbox? Subscribe here.